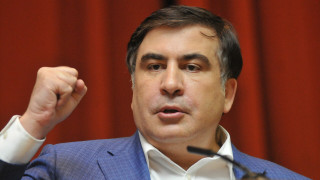 On 13 January 2021, a trial was conducted at Tbilisi City Court over Mikheil Saakashvili’s border trespassing case. The third President of Georgia also attended the trial. Mr Saakashvili delivered a speech in court and spoke about the state of the country. As he stated, the situation in Georgia was a reason behind his return to the country. FactCheck verified key statements from his speech and presents an analysis of three different claims below. In addition, FactCheck will continue to publish articles in the future about other facts voiced in Mikheil Saakashvili’s speech.

The National Statistics Office of Georgia made recalculations of population and emigration figures [1] from the data of the 2014 universal public census. As reported by the National Statistics Office of Georgia, the external net migration rate (the difference between emigrants and immigrants) was negative from 1994 to 2020, [2] meaning that more people leave the country every year than come. According to previous data, the net migration rate during the inter-census period was positive, although it did not provide a real picture since the lack of a relevant system prior to 2012 rendered it impossible to identify immigrants and emigrants and, in fact, every person who entered or left the country was assigned to these categories. A new methodology has been introduced since 2012 which made it possible to identify immigrants and emigrants. Mikheil Saakashvili’s statement that more people used to come to Georgia than leave when he was in power is based on outdated statistical data and is manipulative.

Under the Georgian Dream’s rule in 2013-2020 (2021’s figures are not yet available), 741,778 people left the country. However, 731,787 people also came to Georgia in the same period. Whilst speaking on migration figures, it is not appropriate to summarise the annual number of emigrants because an individual who is no longer in emigration may still be considered as an emigrant. On the other hand, data duplication is also possible. For instance, one and the same individual could have emigrated two or more times in the past several years. The net migration rate (the difference between emigrants and immigrants) in 2013-2020 is -26,200 which means that 26,200 more people left Georgia in that period as compared to those who returned. Therefore, Mikheil Saakashvili’s statement that 800,000 people have left the country is not true (see FactCheck’s article on this topic).

Claim N2: “I left a pension which was almost USD 90. In ten years and under pension growth, the pension in Georgia is now USD 77. This is under circumstances when prices in USD have doubled over the course of the last ten years. This means that in ten years, pensions, in fact, decreased twice and more if considering price growth.” (From 35:00)

From 2012 to December 2021, the inflation rate amounted to nearly 50.8% meaning that prices increased by a factor of 1.5. It is vague what Mikheil Saakashvili implies when saying that prices in USD doubled in the last ten years. Supposedly, he means that as a result of almost a twofold depreciation of GEL vis-à-vis USD prices on products denominated in USD (for instance, imported goods) doubled and, therefore, the population’s purchasing power decreased twice. However, this is an absurd statement since the prices of goods and services in Georgia are denominated mostly in GEL and an individual’s consumer basket does not consist of USD-denominated/imported goods alone. In 2012-2022, GEL lost 85% of its value vis-à-vis USD. Therefore, the prices of Georgian products which are denominated in GEL decreased by nearly 19% in USD considering inflation.

Politicians often convert different economic indicators into USD which is a wrong approach. Both the incomes and the expenses of pensioners are denominated in GEL and side-effects of currency depreciation are reflected in national currency denominated prices; that is, in inflation. In time, the currency’s purchasing power decreases because of inflation. Hypothetically, one can purchase less goods and products for GEL 1 than previously. Therefore, the real pension dynamic should be analysed in view of inflation.

On top of the fact that Mikheil Saakashvili measures the pension in USD, which is manipulative and compares figures of different years in USD, he also claims that the expenses of pensioners increase at the same rate as a result of GEL depreciation vis-à-vis USD which is an absurd statement. Therefore, Mr Saakashvili’s statement is a LIE.

Claim N3: “In my time, Georgia’s economy grew fourfold and in their time, the debt quadrupled and the economy increased by 0% in USD.” (From 36:10)

A widely accepted objective measurement to assess a country’s economic development trend is the real gross domestic product (GDP) calculated in the national currency which takes into account the effect of price growth and ensures an objective understanding of a country’s economic growth. It is natural that all authoritative international or local organisations assess the GDP dynamic with this indicator. Mikheil Saakashvili names nominal figures converted into USD which is a double manipulation. The real GDP increased by nearly 23.4% in 2012-2020 (including the economic downturn of the pandemic year). In 2021, if Georgia has a 10% annual economic growth the economic growth as compared to 2012 would be 36%. Mr Saakashvili converts the GDP into USD, although employing this approach to assess the GDP dynamic is manipulative and does not provide a real picture of the economic growth dynamic. See FactCheck’s article on this topic for more details.

As of November 2021, the nominal figure of the public debt increased 3.5 times as compared to 2012. However, since a specific absolute figure can be very large when it comes to a smaller economy and very small when it comes to larger economy, the total debt to GDP ratio is an accepted indicator for a sweeping assessment of a debt burden, although this often overlooked by politicians. As compared to 2012, the public debt to GDP ratio increased by 64%; that is, 1.6 times instead of four times. The sharp growth of the debt is attributable to the pandemic. In the pre-pandemic period, the public debt amounted to 42% of the GDP which is a 35% growth if compared to the debt to the GDP ratio in 2012.

[2] A positive net migration rate was registered for the first time in Georgia in 2020. In turn, this is linked with the COVID-19 pandemic and border closures.