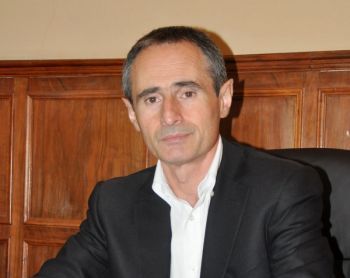 “No matter how much the defendant wanted his/her case to be reviewed by the Jury, the prosecutor could always petition and the court was also endorsing it.”

According to the statements by the members of the Parliamentary minority, this bill limits defendant’s rights. Shalva Shavgulidze, member of the Parliamentary Majority, reminded his political opponents about the problems in existing legislation: “The institution of Jury was introduced; however the court right of the Jury was adopted in such manner that the right was not ensured and guaranteed. No matter how much the defendant wanted his/her case to be reviewed by the Jury before the court, the prosecutor could always petition against the Jury and the court was endorsing such request. During the previous three years, upon the enactment of this norm and the Code, three cases were reviewed by the Jury in total and these three cases were discussed in the last several months, before the elections.”

decided to check the accuracy of the statement by Shalva Shavgulidze regarding the Jury.

Amendments to the Constitution of Georgia were made in 2004. According to them, Article 82 introduced the Jury institution. In October 2009, a new Code of Criminal Procedure defined the full scope of this right. Jury trials were enacted on October 1, 2010.

Article 226 of the Georgian Code of Criminal Procedure provides the right of jury trial. According to the norm, defendant is entitled to decide whether he or she wants to be presented before the jury trial. If the defendant stated at the preliminary court hearing that he or she wants his/her case to be reviewed by the Jury, then the relevant institution will come into force. In spite of this, exceptional cases exist, when the prosecutor can petition against the review of the case by the jury. In order to do so, the prosecutor is required to verify that reviewing the case by the jury will jeopardize the lives or health, or immunity of them. Besides this, the prosecutor can petition against the jury trial with the justification that it will infringe the right to objective and fair court. According to the same norm, in order to reject the defendant’s request for jury trial, decision of the court discussing the case and consent of the Chairman of the Supreme Court are necessary. Otherwise, according to the law, similar petition approval is impossible.

Since the introduction of the jury institution, the jury trial has reviewed three cases. Verdict for the first case was given on November 18, 2011 and in the second case, it was given on December 14, 2011. The review of the Jury trial’s last case ended on June 14, 2012. The last parliamentary elections in Georgia were held on October 1, 2012. Therefore, discussing the three cases did not occur several months before the elections.

Right to jury trial is defendant’s right. It can be only limited in exceptional cases by the prosecutor’s petition and consent of the court and the Chairman of the Supreme Court. In spite of this, the court has never discussed regarding the prosecutor’s petition, as the prosecutor never petitioned. In addition, reviewing the two cases by the jury trial took place a year before the elections. Only the reviewing of the third case ended several months before the elections.

Accordingly, we rate the statement by Shalva Shavgulidze:” No matter how much the defendant wanted his/her case to be reviewed by the Jury, the prosecutor could always petition and the court was also endorsing it” as FALSE.