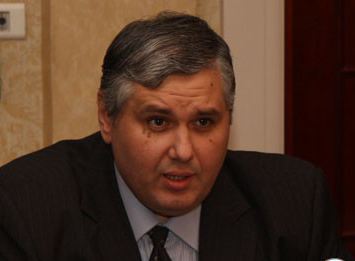 “Despite the enforcement of this harsh policy, the number of drug users has not dropped but increased.”

Koba Davitashvili: Koba Davitashvili prepared a package of draft laws which foresees the reduction of sanctions on drug abuse and the modification ofthe government’s approach towards drug abuse. Discussing these draft laws at the parliamentary session of 25 September, Koba Davitashvili stated that the government’s declared austere policy against drug abuse has yielded zero results. Not only has the number of illegal drug users seen no decrease but the number of users is also continuously growing and creating additional problems for the families of drug addicts due to the pecuniary sanctions imposed by the legislation. For this reason, Davitashvili brings in an initiative to alleviate sanctions and change the government’s policy towards combating drug abuse. According to his initiative, the state should lead drug users to seek treatment by providing funding for the treatment from the budget. The candidate’s initiative concerns only drug users while drug dealers are still to be treated with the existing strict measures.

took interest in Koba Davitashvili’s statement and set out to check whether or not the number of drug users has indeed been increasing over the last years.

The illicit use of drugs is considered to be a criminal offence. A separate chapter of the Criminal Code discusses drug offences and offers classification of drug crimes. The offence covers the following actions: illicit personal use, carrying, keeping, transfer, growing, cultivating of narcotics and its smuggling into the country. Classification of the offence is defined depending on the amount of drugs, if the crime was committed individually or by a group, if the offence was recidivistic or committed the first timeand if the offender is a public servant or an official. Sanctions are defined respective to these categories ranging from fines and correctional work to life imprisonment. Most of the penalties for drug offences vary from five to 14 years.

We were not able to obtain official statistical data on the total number of drug users in the country. As clarified to us by Gela Lezhava, Manager of the Narcological Centre, Doctor of Medical Science, Professor and expert, the state holds no official information on this matter as drug users are concealing the fact of drug abuse due to various obvious reasons. Besides, the state policy does not aim to establish the total number of drug users and, therefore, no programme has been implemented for this purpose. One way of estimating if the number of drug users is going up or down is to analyse the statistical data ofthe people addressing narcological clinics. The experts consider this method, however, not to be producing a comprehensive picture of the matter. According to Gela Lezhava, dynamics in the statistical data of the narcological centres will not be reliably representative of the dynamics of drug use as the number of patients directly depends on the funds allocated by the state for the treatment. These funds determine the number of people that will be able to get the treatment. Considering that the individuals abusing drugs tend not to reveal their drug abuse, it proves to be impossible to retrieve a comprehensive statistical data.

The second and a more realistic method of estimating the number of drug users is the analysis of drug crime rates. It is to be noted, however, that this method does not cover all drug users either and so it presents only limited information on the matter.

We tried to analyse the statistical data of drug crimes and draw corresponding conclusions regarding Koba Davitashvili’s statement. As noted above, legislation breaks down the criminal offences into several categories. These are: illicit preparation, purchase and/or illegal use, without doctor’s prescription, of a small amount of narcotics, the analogy or precursor thereof for personal use; illicit preparation, production, purchase, keeping, shipment, transfer or sale of drugs, the analogy or precursor thereof; illegal import to or export from, or international transit shipment across Georgia, of narcotics, analogy or precursor thereof; illicit sowing, growing or cultivating of plants containing narcotics and other crimes.

Data of the National Statistics Office of Georgia for the Years 2010-2013, by Months Note:

As the data for 2010 and 2013 is not complete, we presented the sum of figures of those months for which the data was available in all four years under review; that is, from May to August. At the same time we also calculated the total sum of numbers available to us in each year.

This dynamics can be observed in the table below as well. 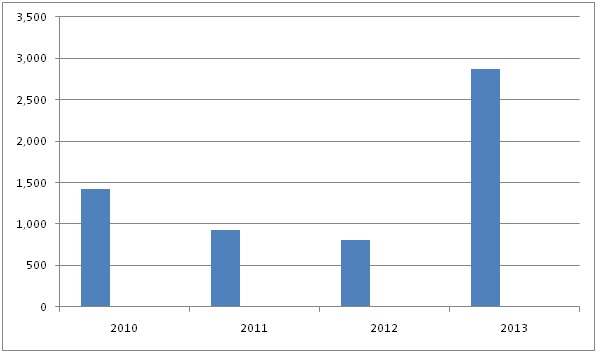 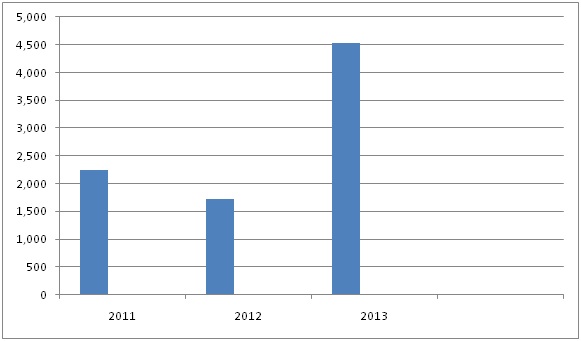 The website of the Ministry of Internal Affairs does not provide crime rates by years and months and presents the data solely for the current year which, naturally, does not provide means for making an analysis. We requested relevant information from the Ministry of Internal Affairs but received only an incomplete response. Even though we requested information on 2011, 2012 and 2013 broken down by months and categories, the Ministry offered summarised figures for the first eight months of those years. The information provided by the Ministry notably differs from the data published by GeoStat. It is noteworthy, however, that the same dynamics is observable in this data as well and the difference is manifested only in the numbers.

Data of the Ministry of Internal Affairs for the first eight Months of 2011-2013 Graph depicting the figures listed above: 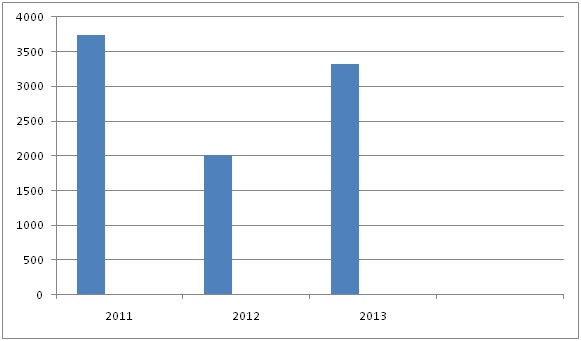 GeoStat breaks down the data on crime rates by the categories of offences.

Despite the fact that the figures are divergent, they still produce a clear picture of the tendency. The rates of drug offences aredecreasing from 2010 to 2012. Comparing solely yearly data we observe the tendency to be maintained until December of 2012 while after December 2012 the figures are seeing a significant growth. The figures for 2013 surpass those of not only 2012 but of 2010 as well. Furthermore, analysing the monthly categorised data, we gather that an increase was observed in all categories of drug crimes.

It is to be noted that these are statistics of solely those drug crimes which have been uncovered and followed by relevant measures. This does not provide a valid picture of drug use in the country while deliberations about the exact interrelation between revealed crimes and the total number of drug users prove to be problematic. In this case we are discussing solely the tendency that for a certain period of time the number of registered crimes was decreasing and starting from December 2012 the rates went drastically up. It should be emphasised that the drug policy and the classification of drug crimes remained unchanged during this period. An entirely different issue is the difference between the data of the Ministry of Internal Affairs and the National Statistics Office of Georgia but it should still be highlighted that both data indicate similar dynamics.

Our research revealed that:

In his statement Koba Davitashvili refers not only to the period after December 2012, but the last few years as well.

Therefore, FactCheck concludes that Koba Davitashvili’s statement, “Despite the enforcement of this harsh policy, the number of drug users has not dropped but increased,” is MOSTLY FALSE.
თეგები: